This summer, the Wyoming Supreme Court ruled that the state’s courts had jurisdiction to grant the divorce of a same-sex Wyoming couple who legally married in Canada.  (See Blog).  Now, Washington D.C. is set to provide same-sex couples who got married in the District of Columbia with a way to get divorced.  (See Article)

D.C. began allowing same-sex marriage in 2010; however, those marriages are not recognized in most jurisdictions, which means that divorce proceedings cannot be started since the marriages are not recognized in the first place.  After hearing reports that same-sex couples who wed in D.C. were being denied divorces after moving to jurisdictions that do not recognize same-sex marriage, a D.C. councilman proposed legislation to help give these couples more options.  The bill removes a six-month waiting period during which someone seeking a divorce must reside in the district, as long as the marriage took place in D.C.

Same-sex marriage and divorce continues to be a developing area of family law.  New York considered a same-sex divorce case in early 2008 when a judge granted a divorce to a same-sex couple married in Canada.  An Oklahoma court granted a divorce to a same-sex couple who married in Canada and filed using just their first initials and last names, only to revoke it upon discovering both parties were women on the grounds they were never legally married.  As noted in the Wyoming blog post, the California Legislature recently made significant amendments to the law governing same-sex divorces in California.  The State Assembly adopted the Separation Equity Act of 2010 which clarified that same-sex couples married outside the state are able to dissolve their marriage in California.  Additionally, same-sex couples who married during the brief period in 2008 when same sex marriage was legal have the rights and benefits of married couples, including divorce.

If you have a family law matter and are interested in learning more on the law governing same-sex marriage or divorce in California, please contact the experienced Family Law attorneys at Lonich Patton Ehrlich Policastri for further information.  Please remember that each individual situation is unique and results discussed in this post are not a guarantee of future results.  While this post may include legal issues, it is not legal advice.  Use of this site does not create an attorney-client relationship. 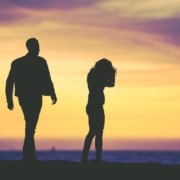 Partnering Your Prenups and Estate Plans

Mediation: Taking control of your divorce

Who Gets the Dog?! A Recent Case Sheds Light on Pet Custody

The Difference Between Legal Separation And Divorce

If You Think a Child Can Have Only Two Parents, Think Again.

Maximizing Retirement: Where a Divorce Might Benefit You Partnering Your Prenups and Estate Plans
Scroll to top