During Pride Month we commemorate and pay tribute to those who bravely protested during the 1969 Stonewall Riots and paved the way for the LGBT activists of today. We celebrate those who continue to fight for equality and recognize the ongoing struggle to solidify basic human rights for all. One right that cannot be overstated is the ability to create and maintain families with dignity. Many LGBT couples define this right as the ability to adopt a child in same-sex couple adoption.

Each state has its own laws, procedures, and regulations regarding same-sex adoption, but in California, the law treats same-sex couples the same as any other prospective parent or couple. The state permits same-sex couples, as well as LGBT individuals, to pursue several adoption methods, all of which are the processes used by opposite-sex couples. The different types of adoption include:

Each option presents its own set of risks, some involving potential legal struggles with the biological parents, others possibly subjecting parents to extensive nuanced legal procedures and requirements. As such, seeking the advice of an attorney is helpful in determining what adoption plan is right for you.

Of course, in a perfect world, prospective parents in a same-sex relationship would not be subjected to evaluative procedures that differ from those of parents in an opposite-sex relationship. However, it is no secret that both express and implicit biases exist in our society and unfortunately, these predispositions can cause people to lose sight of the most important factor in adoption: the best interest of the child. As such, it is possible that an agency may conduct a more intrusive investigation for a same-sex couple. Such treatment may cause the process to be lengthier, and consequently more costly. In California, agencies are prohibited from discriminating based on sexual orientation and gender identity. However, if you believe you are facing any sort of discrimination, it is important to speak to an attorney about your options.

What Are the Next Steps?

Adoption is an inherently personal matter and can often be a very complicated and emotional process. As such, seeking legal assistance will help lessen the pressures that already come with starting a family. Our experienced same-sex adoption attorneys at Lonich Patton Ehrlich Policastri are able to lessen the burdens of the legal process and give you the time to fully enjoy the excitement of welcoming a new member into your family.

Please remember that each individual situation is unique, and results discussed in this post are not a guarantee of future results. While this post may detail general legal issues, it is not legal advice. Use of this site does not create an attorney-client relationship.

Gretchen Z. Boger began her law career as a Deputy District Attorney in San Joaquin County from 2007 – 2010. During her tenure with the D.A.’s office, she prosecuted 17 jury trials. Ms. Boger has been practicing family law exclusively since January 2010. Ms. Boger joined Lonich Patton Ehrlich Policastri in 2013. She received her Juris Doctorate from the University of the Pacific, McGeorge School of Law. During her time at McGeorge, she received a concentration in trial advocacy.

What Are Grandparents Rights In Child Custody? 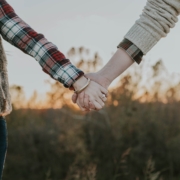 What Are Fathers Rights In Child Custody?